CBD for Anxiety: A Literature Review

Anxiety, at its foundation, is a normal evolutionary response to a stressful or dangerous situation and is experienced by all of us at some point.

In fact, while often not perceived as desirable, the “fight or flight” response caused by anxiety can be incredibly useful in times of danger, warning us to take immediate action to mitigate (or avoid) a potential threat.

However, problems can arise if anxiety takes control, or it it regularly arises without any rational reason. In the UK alone, there were over 8.2 million cases of reported anxiety disorder in 2013, and in England, women are twice as likely to be diagnosed with an anxiety disorder than men.

Current treatments vary from cognitive behavioural therapy (CBT) to a whole host of drugs. Including selective serotonin reuptake inhibitors (SSRIs) such as citalopram or fluoxetine, and tranquillisers such as diazepam.

These drugs are relatively successful in helping the majority of individuals, but negative side effects are common. Often unpleasant in the case of SSRIs, there is an increasing number of people looking for alternative solutions.

They are seeking remedies which avoid both the side effects of SSRIs and the  and the addictive nature of some of the status quo remedies available. 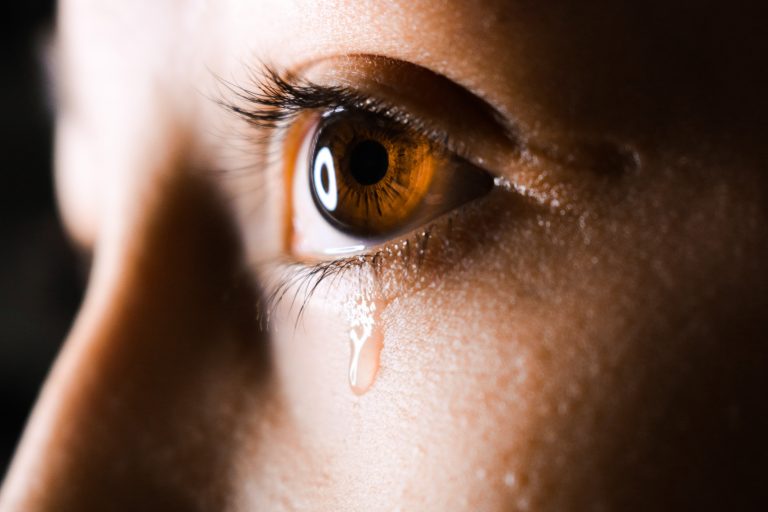 As a result, many people are curious about the potential benefits of CBD oil for anxiety. While studies are few in number and need to be carried out in much more detail, results so far are positive.

Anecdotal evidence has been accumulating and paints a mostly positive light too. This growing set of users comment that regularly using CBD to help manage your anxiety symptoms could potentially help support your wellbeing.

So, is it this just the result of a placebo effect encouraged by the positive public opinion of CBD right now, or does research suggest something more promising?

We’ve gone through the studies and broken down how CBD oil and anxiety interact, in order to give you the most accurate subset of information that’s available right now.

Cannabidiol, or CBD, is a compound found abundantly in hemp, the species of cannabis which is naturally low in THC, the compound which makes users of traditional cannabis feel ‘high’.

Most of the studies related to CBD and anxiety are pre-clinical and based on animals.

Pre-clinical research indicates that CBD works in conjunction with serotonin, a hormone and neurotransmitter, which helps to process emotional responses.

The process is thought to be work in a similar manner to how SSRIs boost activity in serotonin synapses. SSRIs target a receptor called 5-F1TA, and CBD is thought to improve the inhibition of serotonin reuptake.

In particular, a study suggests that CBD activates the 5-F1TA receptor improving serotonin signalling, potentially at a faster pace than SSRIs, and without the associated side effects.

This finding also aligns with a literature review of 49 existing studies published in 2015, which documented that “current evidence indicates CBD has considerable potential as a treatment for multiple anxiety disorders.” 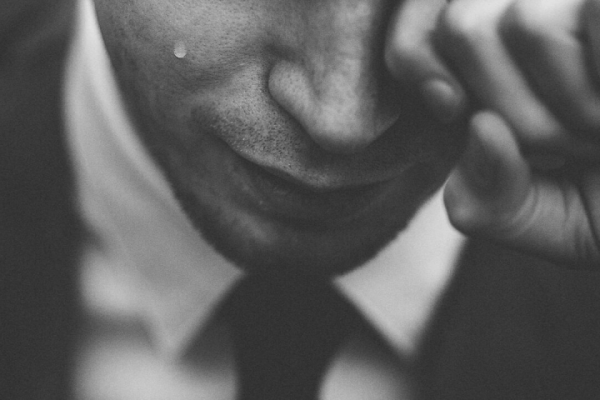 To date, a couple of trials have used human test subjects, which mirror pre-clinical successes; albeit with small sample sets and extremely high doses.

One such test focused on social anxiety disorder (SAD), using a sample of 24 people performing a public speaking test. Individuals were either given 600mg CBD or a placebo.

According to the study, people given CBD felt a significantly reduced level of anxiety and stress from the activity, whereas the placebo group presented higher levels of anxiety versus the control group.

Another study on human patients administered 400mg CBD or placebo and used neuroimaging to assess brain activity and the perceived impact on SAD. Concluding,  CBD had anti-anxiety effects which were mirrored in the part of the brain associated with emotional response, the limbic system.

In 2015, a pre-clinical investigation into CBD’s potential as a treatment method for anxiety disorders found extremely positive results, including negligible side effects, no anxiogenic effects, and minor sedative effects – all things that distinguish CBD from other available options.

The same study also noted that CBD was effective in helping to manage “PTSD, GAD, PD, OCD and SAD”.

These positive results suggest CBD helps to combat stress, which is often a trigger for anxiety, via interactions with the endocannabinoid system. 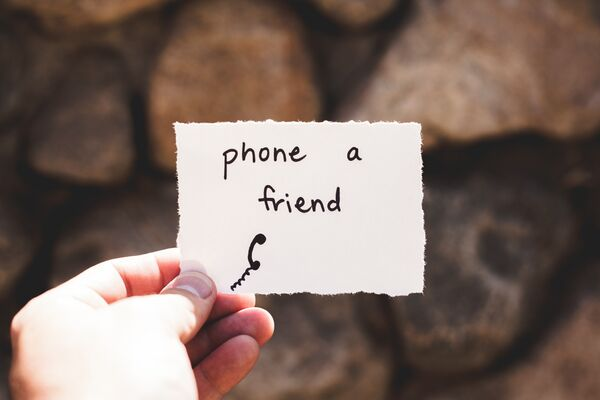 In a 2019 analysis of existing studies, researchers concluded that CBD oil benefits those suffering with anxiety while also noting the lack of serious side effects. Outlining that “CBD appears to be better tolerated than routine psychiatric medications”.

Overall, current data suggests cannabidiol could have a part to play in the healthy, natural and therapeutic management of wellbeing.

So how should you go about using CBD oil?

Let’s discuss this next:

How to Use CBD Oil

In general, due to differences in bioavailability, the best ways to take CBD are to either vape a full or broad spectrum CBD concentrate, or alternatively use a similar profile CBD oil under your tongue.

It’s important to find a product that’s broad spectrum as it’s likely that many of the other cannabinoids, terpenes, flavonoids and other ingredients that are found in CBD are involved in the beneficial results CBD can have on wellbeing.

Because of this, it’s helpful if you vape a product with a wider cannabinoid profile like CBD crumble as opposed to a regular CBD e-liquid. Most vape juices contain only CBD Isolate which doesn’t include any of the other wider components found in the hemp plant.

Realistically, the best way to take CBD oil depends on you. Some people prefer to use CBD oil drops with a pipette for measured use, while others may dislike the taste of natural unflavoured CBD oil and prefer to use homemade CBD edibles or purchased gummies.

The most important thing is to ensure you find something which works for you, and is a high quality. Ideally you want three things from a CBD oil:

As long as you do this, you can rest safe in the knowledge that you’re getting the best that CBD can offer.

If you’ve decided to try CBD, your next question is likely centred around how much you should take.

Unfortunately, with research being so early, and many countries still being slow to investigate CBD due to issues around the legality of cannabis and THC, no recommended dose has yet been established.

More positively, the WHO has outlined CBD as safe, and doses above 500mg have been tested on humans, so it’s just a matter of finding what dose works for you.

The best way to find your ideal CBD dosage is by using the low and slow methodology.  Start by taking a single drop a couple of times per day, and slowly increasing this until you find your ‘sweet spot’, it can be a little more complicated than the brief context we give here, so to learn more we talk more check out our CBD dosing guide.

Dosage will likely be different for everybody due to the large number of variables involved such as:

There are even likely differences in the efficiency of our endocannabinoid system and the amount of receptors present, so it’s possible that there will never be a single recommended dose that works for everybody.Luckily, this isn’t a major problem since CBD oil isn’t a medication  – it’s a supplement that supports your endocannabinoid system and helps promote a feeling of wellbeing.

So taking too much or too little shouldn’t be an issue (within reason), and the fact that many positive studies have used huge doses (500mg+) suggests that increased side effects aren’t thought to be a problem with higher than average doses.

How Long Does it Take for CBD Oil to Work for Anxiety?

Unfortunately, the research isn’t complete enough yet for a real answer to be found for this.

As noted earlier, CBD is not a medicine to treat, cure or prevent any disease. Instead, treat it like a daily vitamin for your Endocannabinoid System. Maintaining internal balance to support your wellbeing.

Some people may find a beneficial changes and improvements after a single use of CBD. Others may find CBD only helps them when used consistently for a period of days or weeks.

Most of the studies into CBD’s effectiveness in promoting a feeling of calm have found positive results after a single dose – however, it is often a very large dose and these studies are not randomised controlled trials.

The evidence related to acute use is positive, but researchers are also not currently sure what a suitable dosage is nor at what frequency.

To date, the results of the existing tests on humans are consistently positive, but it’s clear more human-based research is required.

The few experiments that have been carried out on humans have been at either a 400mg or 600mg dose, which is more than a whole bottle of medium strength CBD.

Including preclinical studies, research has either focused on low or extremely high doses, with no go-between and no focus on realistic, every day doses – as a result, there is some work to do to fill the gap.

Few studies have explicitly focused on chronic CBD use in line with anxiety.

Without a larger bank of high-quality evidence in human-based research on the efficacy of CBD we are more dependent on the results of pre-clinical studies, and anecdotal reports.

For those who are interested in taking CBD oil – it seems the best option for now is to either simply wait for further conclusive studies, or talk to your doctor and discuss if using CBD oil is suitable for you.

If you are interested in learning more about CBD and how it works we highly recommend you check out the rest of our blog posts. 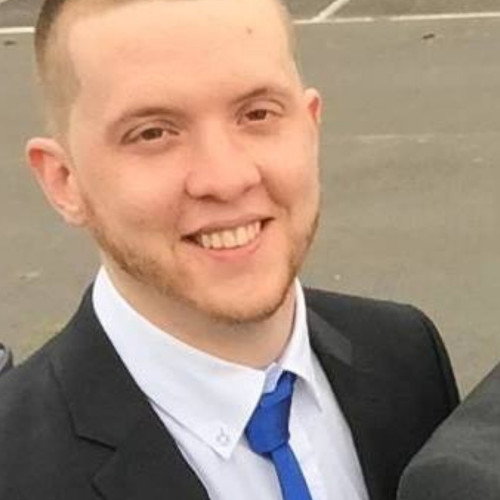 As a content writer, Paul enjoys learning about and sharing the benefits of wellness. Outside of work, you can find him trying his hand at extreme sports and screaming at Cardiff City FC.