CBD and THC are very different compounds, each with their own unique effects.

The tidal wave of recent changing attitudes in cannabis stems from the fact multiple countries have recognised the potential uses of medical marijuana and others have entirely legalised the compound for both medical and recreational use (e.g. Canada).

Outside of medical marijuana, the rise of CBD wellness has taken the world by storm with millions now using CBD products globally.

While education is improving, queries associated with understanding the differences between CBD vs THC are on the rise. Although, there is a broader recognition that these compounds can work together in harmony (the entourage effect), along with further interest in cannabis plants as a whole. 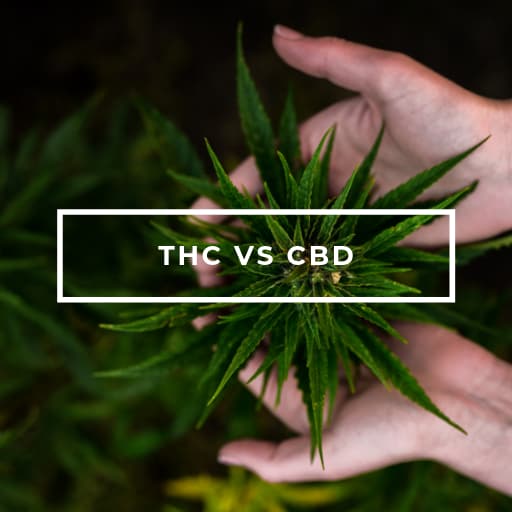 Regardless of CBD or THC marijuana is still federally illegal

Cannabis plants are still illegal under US federal law and UK legislation outside of medical marijuana.

One of the most common denominators in arguments against cannabis legalisation is that marijuana is a powerful psychosis-inducing drug regardless of its CBD or THC content.

While a body of evidence supports this theory when linked to the long term use of potent high THC cannabis, the details are little more nuanced than attributing the blame to the cannabis plant as a whole.

Cannabis is a complex plant, and it features over 100 cannabis-specific compounds, known as cannabinoids. Of which two are the most established and well researched, THC and CBD.

But before we jump in to discuss the difference between CBD and THC, it’s critical to understand how cannabinoids circulate through our body and the fact that we produce our own cannabinoids naturally too!

Which brings us on to the endocannabinoid system: 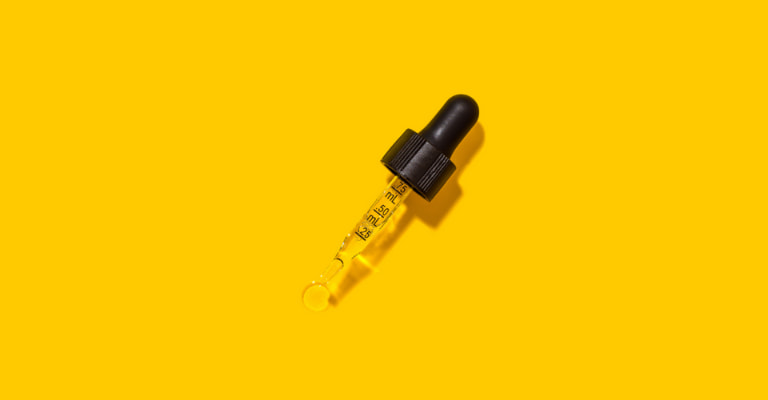 Cannabinoids such as THC and CBD interact with a system in charge of internal balance (homeostasis) called the endocannabinoid system (ECS).

The ECS is a network consisting of receptors found all across the body, including in our immune system, brain and central nervous system.

It has 2 receptors, CB1 and CB2, and they serve different purposes, binding with cannabinoids produced internally by our body and those entering our bodies through the consumption of cannabis.

These are as follows:

CB1 receptors: One of the most common receptors found in the brain and the central nervous system. These receptors modulate motor function, memory, mood and the feeling of pain.

THC has a strong affinity for CB1 receptors, and it is directly activated by the compound, binding to the receptor-like a missing piece of a jigsaw. It is this direct interaction which causes the marijuana high.

CBD on the other hand, does not directly nor activate either of the cannabinoid receptors. Instead, it alters the shape of the CB2 receptor, which what researchers believe is responsible for the potential benefits of CBD.

What does CBD stand for? 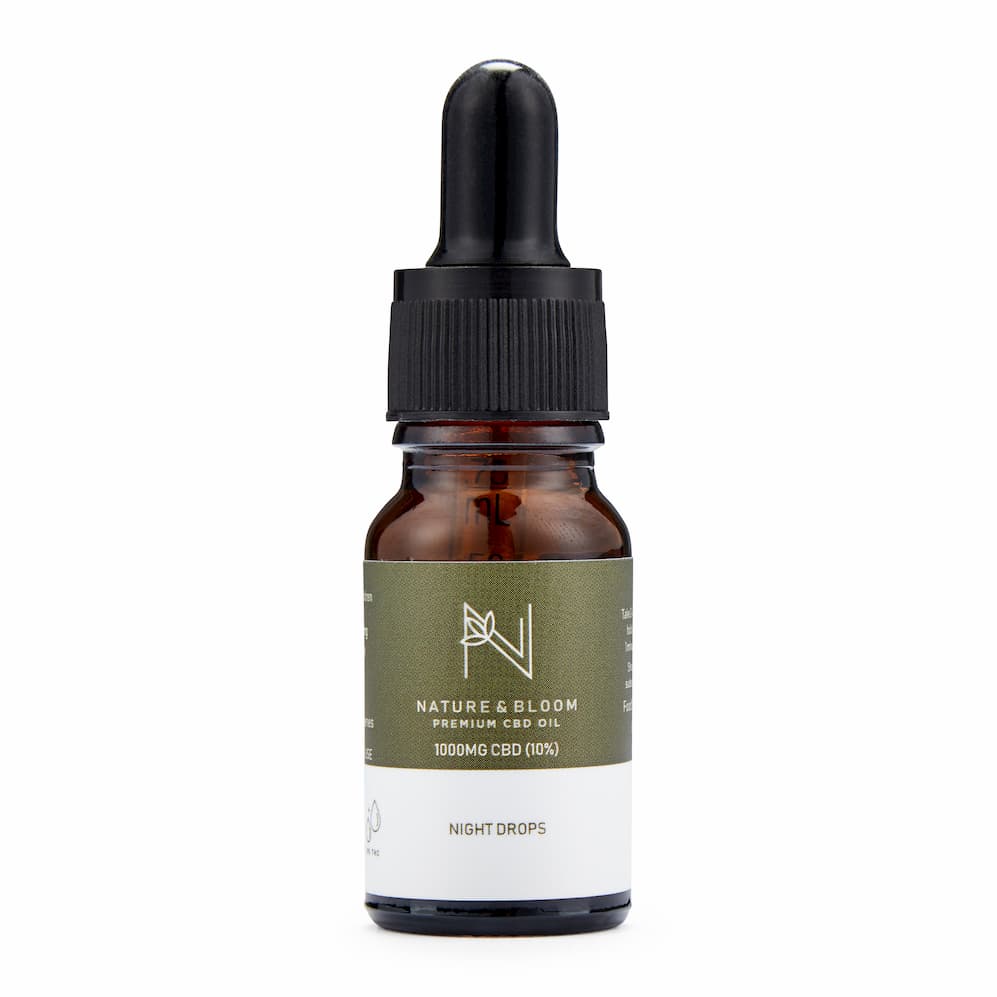 CBD stands for Cannabidiol and it is a non-intoxicating compound found in cannabis. It doesn’t induce a ‘high’ and nor does impair cognitive function.

CBD is found in small quantities in street cannabis, and the compound is frequently non-detectable in regular marijuana due to the breeding of high THC weed for the black market.

However, a subspecies of cannabis, hemp is naturally rich in CBD and low in THC, and this is where CBD is extracted from.

CBD and THC differ significantly in terms of their physiology, as CBD doesn’t directly bind with ECS receptors it doesn’t have a direct effect but it can alter the effect of other cannabinoids which interact directly with the ECS.

It is this which had lead to the interest around CBD and the snowball of media interest (along with THC to a lesser extent).

Relatedly, you’re probably wondering what its benefits are?

The benefits of CBD

The World Health Organization (WHO) published a pre-review report in 2017, which outlined the current and potential uses of CBD.

A large body of evidence now supports the use of medical cannabis in the form of prescribed pharmaceutical CBD in the treatment for at least some forms of epilepsy, including Dravet syndrome.

Epidiolex, a highly purified and pharmaceutical grade CBD solution is an FDA approved medicine for Dravet syndrome. It went on sale in late 2018 in the United States and in the UK in early 2019.

Outside of this, a variety of studies (mostly pre-clinical and not randomised control trials) and the World Health Organisation suggest CBD could have more extensive uses.

A couple of notable studies on the uses of CBD include:

To learn more check out our more extensive blog post about the potential benefits of CBD oil. 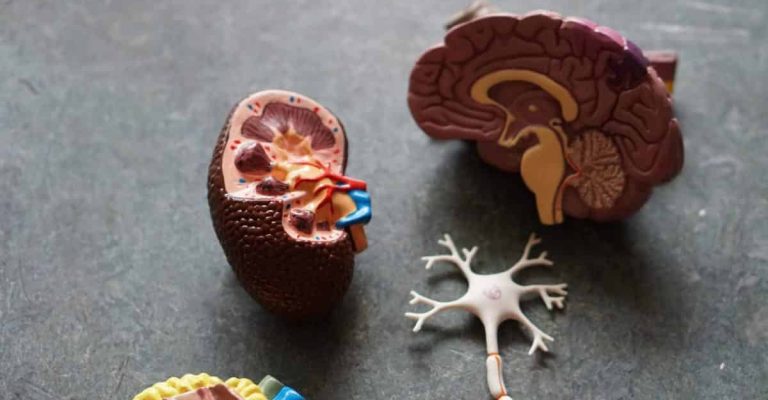 Side effects of CBD

Using CBD is considered safe but there are some common side effects and drug interactions to be aware of. These include:

CBD is known to interact with medicines which display a grapefruit warning – always talk to your doctor if you are on prescription medication before using CBD.

To learn more read our post on the side effects of cannabidiol.

THC stands for Tetrahydrocannabinol-9 and It is responsible for the highly psychoactive effects of the marijuana high.

According to research, THC does this by stimulating a release of dopamine in the brain when consumed, inducing euphoria aka the high. The compound attaches itself to CB1 receptors found primarily in the brain which influence memory, pleasure, coordination and more.

It’s also important to note that THC partially mimics the effects of endogenous (internal) cannabinoids found in our bodies known as 2-AG and anandamide…Yes, you read that right, we produce our own cannabinoids which THC has crossover effects with.

This is one of the reasons high THC cannabis is often given to medical marijuana patients. As THC can directly bind with the CB1 receptor, it can have significant effects on systems downstream which interact with the ECS, including pain.

We are now aware that not only CBD or THC impact the experience users have from cannabis consumption. There are a host of other active agents which influence the effect of marijuana outside of CBD and THC, including 100+ other cannabinoids, 100s of terpenes and a variety of flavonoids.

What are the benefits of THC

While we have given THC a bad name through the media outlining the dangers of street cannabis, especially skunk weed, it’s critical to note this weed is usually absent of CBD and contains elevated levels of THC.

Research and anecdotal reports suggest THC can yield a broad set of benefits outside of its use as a recreational drug which is favoured for its psychoactive effects.

Pain management. A study examined the use of multiple varieties of Bedrocan, a medium to high (full spectrum) THC cannabis oil which also contains CBD. Researchers concluded that consumption of Bedrocan with higher THC strains resulted in a significant increase in pain thresholds vs placebo.

Relief from nausea and vomiting relief in cancer patients. While THC itself isn’t federally legal in the US, synthetic copies (Nabilone and Dronabinol) of THC are.

These are licensed medicines in the United States used for the treatment of nausea in cancer patients targeting the same cannabinoid receptors as THC.

Recent research has concluded that THC itself could assist in managing the side effects of chemotherapy, including nausea and vomiting.

Improving sleep: Anecdotally reports of people using high THC cannabis for sleep are rife. Research wise, a 2008 study has suggested that high THC cannabis can improve time spent outside of REM sleep, in other words, in a deep sleep. 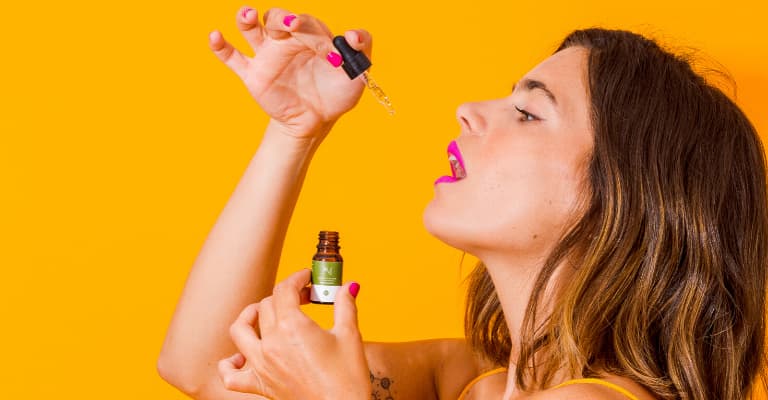 What are the side effects of THC?

THC on its own induces powerful psychoactive effects, and while research suggests this can be counter-balanced if CBD and THC are combined, in Isolation THC is a highly potent and mind altering compound.

THC side effects include:

Global cannabis prohibition across the last 40 years has led to those higher the black market food chain developing marijuana strains with double-digit THC levels. Historically, street marijuana averaged 2% THC in the 1960s, whereas in Colorado it now measures between 17% – 27% THC.

Closer to home, in the UK, we see a similar pattern, and dealers are providing consumers more bang for their buck today in terms of THC potency than 20 years ago. A 2018 study by the University of Bath indicated THC levels have more than doubled to 17% in street marijuana, known as skunk, across the last 11 years.

The majority of the public today only recognise cannabis as high THC marijuana. In unregulated markets, it’s clear the weed on the streets today is optimised for THC percentages, and high demand means there is a competitive supply chain behind the haze.

However, when you ask someone over sixty what marijuana was like in their day, they usually tell you it was less intense, and we now realise this is because of lower THC content, along with higher CBD.

As research continues and information begins to flows downstream, consumers are starting to understand that there is more to cannabis than just THC, and as such, the discussion of CBD vs THC will continue.

Nonetheless, as the black market continues to dominate in the absence of a regulated legal market, CBD and THC will continue to live on either end of the potency spectrum.

Hopefully, we have cleared up any questions you have about CBD vs THC along with associated benefits and side effects.

It’s abundantly clear more research is needed for both CBD and THC. While we have access to pre-clinical evidence as a proxy, this alone isn’t as dependable as genuine randomised clinical trials.

Nonetheless, we will likely learn more in the next five years about the differences of CBD vs THC along with other cannabis compounds.

Most probably via the multitude of clinical trials already progressing globally and we may even see changes in US federal law in the process!

Both CBD and THC are cannabinoids that are processed by our endocannabinoid system, also known as the ECS.

However, Cannabidiol does not directly bind to CB1 or CB2 receptors found the ECS like THC.

As a result, CBD is non-intoxicating and cannot get you high.

What is CBD oil vs THC?

CBD oil is a product of the hemp plant and does not get you high. Instead, the compound has a variety of effects on our body due to its interactions with our endocannabinoid system.

On the other hand, THC is found in and extracted from marijuana (high THC cannabis). THC is highly psychoactive, and consumption can result in intoxication, also called a ‘high’.

CBD vs THC which is better?

Your preference for CBD or THC depends on what you are looking for.

Users of traditional cannabis frequently use it to get high or feel the other effects of THC.

On the other hand, users of CBD use it to boost their endocannabinoid system and NOT feel high.

How does CBD feel vs THC?

Both compounds are classed as cannabinoids and If used in Isolation, both THC and CBD have contrasting effects.

THC is a highly psychoactive compound that can elicit a potent high—often resulting in euphoria and hunger (munchies). It can also lead to paranoia and drowsiness.

CBD is non-intoxicating and boosts your endocannabinoid system. Most users comment CBD is best assessed by noting what you don’t feel after using it due to its often subtle effects.