Over the past few years, a bevy of new cannabinoid-based products have been hitting the market that are derived from industrial Hemp, which contains 0.3% or less Delta 9 THC, however, they are still able to deliver an extremely mild psychoactive effect to some individuals.

Currently, these products are being shipped to all states on the presumption that they are completely legal. And, while they very well may be deemed compliant with related state laws that have been enacted, the question remains as to whether they are fully legal under Federal law.

This issue needs significant analysis in order to assist individuals using these products to determine the legal implications of doing so wherever they may be living. And that is the purpose of the following synopsis. The Agriculture Improvement Act of 2018 authorized the industrial production of hemp, thus removing hemp and hemp seeds from the Drug Enforcement Administration’s schedule of Controlled Substances.

The US Congress created a 5-category schedule that, unfortunately, placed marijuana as a Schedule 1 substance in the same category as heroin.

The Controlled Substances Act of 1970 was enacted by the Nixon Administration, despite the fact that a panel of distinguished physicians and scientists had just recommended that Cannabis should be legalized because it was determined to be less harmful than the already legal substances of alcohol and tobacco.

However, Nixon pressed on with cannabis prohibition in order to racially discriminate against minorities and anti-war voters.

While the Controlled Substances Act set back efforts to legalize access to any form of Cannabis for decades, the Farm Bill of 2018 helped to loosen the federal restrictions sufficiently to allow for the cultivation of industrial hemp containing .03% or less Delta-9 THC.

It also paved the way for hemp-derived, isolated cannabinoids, such as CBD, Delta-8 THC, and CBG to be legally incorporated into products that could either be consumed or used topically. However, the FDA has not approved cannabinoids other than CBD for specific medical, prescription purposes.

The 2018 Farm Bill specifically defines ‘hemp’ as it relates to the legal cultivation and use authorized under the legislation:

“The term ‘hemp’ means the plant, Cannabis Sativa L., and any part of the plant including the seeds thereof and all derivatives, extracts, cannabinoids, isomers, acids, salts, and salts of isomers, whether growing or not, with a delta-9 tetrahydrocannabinol concentration of not more than 0.3% on a dry weight basis.”

The only condition is that any of these compounds has to be extracted from the industrial hemp plant that has been historically used as an important fiber for rope and fabric manufacturing for centuries.

Any Cannabinoids, even those within less than .03% THC, that were derived from traditional Cannabis and hemp, are still in violation of Federal law. And therein, lies the massive confusion regarding exactly what is legal, and what is not.

Over the past decade, several states have legalized appropriately sourced CBD to be sold within their boundaries, as well as other cannabinoid compounds that have been touted as providing a wide range of health benefits despite FDA objections.

Some states have even passed legislation legalizing medical and even recreational marijuana possession and usage within state lines, despite the fact that it remains illegal at the Federal level.

One irony that stands out is that Colorado, the very first state to fully legalize recreational Cannabis, has just put the brakes on Delta-8 THC, which is currently becoming one of the more popular cannabinoids on the market.

State lawmakers recently declared Delta-8 was synthetically derived, hence, categorizing it as a controlled substance under current state law, citing safety concerns regarding the compound. This now means that the purchase, use, possession, sale, distribution, and production of delta-8 THC products is prohibited across the state of Colorado. Delta 8 THC Being Shut Down?

The FDA has become aware of growing concerns that surround the Delta-8 THC products that are currently being sold in retail establishments and online.

One of the primary issues is that none of these products have ever been properly evaluated or approved by the FDA as being safe for the public to use.

Most of these concerns revolve around the various product formulations and labeling involved.

Additionally, some of these products may be simply labeled as ‘hemp products’, which may lead consumers who associate hemp with being non-psychoactive to believe that Delta-8 THC is as well.

However, Delta-8 THC has psychoactive and intoxicating effects that are similar, but far milder, than Delta-9 THC, which is the most intoxicating member of the cannabinoid group.

The FDA is fully aware of numerous reports in the media that Delta-8 THC can produce a ‘high’ for consumers, which would be non-compliant with Federal law.

There is also concern by the FDA that the amount of Delta-8 THC contained in some of these products may contain much higher levels of the substance than are naturally occurring in raw extracts of industrial hemp.

Yet, because of ambiguities in the wording of the 2018 Farm Bill, Delta 8 THC is still technically legal on a federal level. There is nothing within the bill that prohibits deriving Delta 8 from hemp and creating various products from the compound thereafter.

Nonetheless, the genie is now out of the bottle as far as cannabinoid isolation goes, and there are a host of new players in the game. These include Delta-10 THC, THC-O, THCP, and HHC.

It remains to be seen if and when the FDA will be able to catch up to the challenge before some other, more realistic resolution to Federal Cannabis prohibition is achieved.

It may now be technically lawful for individuals in a growing number of states to take a dried hemp flower containing .03% or less THC, grind it up, roll it into a joint and begin puffing away.

However, it is certainly not an effective way to achieve a state of psychoactive euphoria.

Nonetheless, many people these days are discovering that one of the best ways to enjoy the full benefits of Delta-9 THC is in the form of gummies.

As a result, there are a few companies out there that are aggressively manufacturing and marketing them to a growingly receptive audience.

Yet, not all Delta-9 THC gummies are legal, in order to qualify, they must adhere to the 2018 Farm Bill, which states that all cannabinoid products must contain no more than .03% Delta -9 THC. That amount is calculated on a ‘dry weight’ basis.

Most importantly, the Delta-9 extract used to the products must be derived from industrial hemp plants, and not common cannabis or marijuana.

Most of the Delta-9 THC gummies currently on the market contain a 10mg to 12mg dosage in each piece. Some may wonder how it is possible to make something with that many milligrams that only contains .03% THC.

The workaround lies in the fact that the THC content in gummies is determined by ‘dry weight’, not by volume. By making each piece approximately 4 grams each, manufacturers can allocate approximately 3 mg of Delta-9 THC per gram.

In theory, this means that each of the gummies will deliver up to 12mg of the cannabinoid and still be in compliance with the 2018 Farm Bill. Or at least, that is what the manufacturers of these products contend.

A couple of the most prominent brands involved in the production and sale of hemp extracted gummies are Hometown Hero and Botany Farms.

Unlike other brands that feature gummies that are either infused with THC-8 or THC-9, Hometown Hero offers a special cannabinoid blend that incorporates 10mg of Delta-9 THC with 10mg of CBD. While Botany Farms D9 gummies contain 10mg Delta 9 and 14mg CBD each.

Both companies utilize a technique referred to as Select Spectrum, which means that their products contain a curated blend of specifically isolated cannabinoids that can provide its customers with the benefits of an ‘entourage effect’.

This term simply refers to the fact that, although individual cannabinoids may have their own distinctly different properties, when combined, certain cannabinoids will bind together to create an even more potent entourage effect than either of them would on their own.

It should be noted, however, that the mixing of THC-9 with THC-8 is likely to deliver a mild psychoactive effect.

As previously mentioned, the FDA takes a dim view on any cannabinoids that are able to provide any type of intoxicating effect and have not been approved by them for medical use.

In this type of legal climate, any brand that openly touts its products as being capable of getting their customers ‘high’ might possibly be opening itself up for Federal scrutiny.

Irrespective of any potentially overriding legal issues, however, Hometown Hero remains a highly respected source for hemp-based gummies containing Delta-9 THC, all of which are rigorously tested by a DEA-certified lab to guarantee their safety.

They also enjoy a high degree of consumer satisfaction, and responsive customer service.

From a historical perspective, hemp has been with us for millennia, and has served humanity faithfully by providing a wide spectrum of vital and useful products.

Farmers were even required by Federal law to grow hemp in the United States during the 18th and 19th centuries.

Unfortunately, the hysterical and racist concept of ‘reefer madness’ during the late 1930’s created a demonized vision of hemp, which led to a tragic prohibition that not only stripped away every benefit of the plant, but also imprisoned hundreds of thousands of Americans in the process. Often done with racially disproportionate enforcement.

What we are now witnessing is the complicated and vexing process of trying to unravel the legislative mess that was created nearly 100 years ago, as well as all of the misconceptions concerning Cannabis that were created over that period of time.

In the end, the issue of which specific effects any given cannabinoid compound may legally deliver is dwarfed by a much larger and more significant question.

How long will it take for the Federal government and DEA to re-assign Cannabis from being a Schedule 1 Substance, like heroin and hallucinogens to the same category as alcohol and tobacco, which are both legal, but are considered to have a far greater health risk than Cannabis.

In November of 2020, a new administration was elected into office by U.S. voters that has already expressed a desire to accomplish exactly that. Only time will tell how successful they will be in actually doing so. 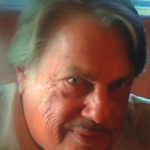 Tom Gatch is a well-published author, columnist, and journalist who has been an active advocate for Cannabis legalization since the late 1960s.