Once upon a time, an eighth of weed was one of the most popular phrases every stoner would know.

Nowadays, step into any dispensary, and you’ll find daily deals for an eighth of weed. However, many newbie cannabis enthusiasts tend to get confused.

Seriously, how much is an eighth of weed?!

How much weed is In an eighth?

For reference, ¼ teaspoon of sugar weighs about 3 grams.  Also, the weight of a 1 penny coin is 3 grams.

Another popular phrase is a quarter of weed. It refers to ¼ of an ounce. That’s the equivalent of 7 grams. So, “half quarter” is another way to ask for one-eighth of marijuana.

Meanwhile, a half refers to a half-ounce or about 14 grams.

Now, you may be wondering…Why wouldn’t we just say that we want an eighth of an ounce or 3.5 grams of weed?

It all boils down to the magic of the cannabis lingo.

For many years, pot users had to be incredibly inventive when hunting for good weed deals.

Knowing how much is an eighth has been one of the epic ways we’ve been writing history together.

When you learn how much an eighth is, you’re space ride-ready to get a sweet slice of the pie—mentioning the slice here because “a slice” is yet another canna-slang for an 8th.

How much Does an eighth of weed Cost?

An eighth of ganja is among the most popular flower weights. So, knowing how much weed you actually get for this price is quite important.

The price tag does tend to vary. But on average, the cost is about $44 – $55 per eighth. Of course, top-shelf, exotic strains are costlier.

Retail and wholesale prices fluctuate. That’s based on different factors, such as:

The more mature and well-established a canna market is, the more affordable the price. Hail the progress of the legal cannabis industry!

For example, buying an eighth of weed in Oregon will cost you less than buying the same amount in Massachusetts.

New weed markets like Massachusetts are slowly progressing, with high taxes, and the high demand automatically leads to higher prices outside of the black market.

Remember that the money you’ll pay for an 8th is directly related to supply and demand.

But how do you know if you’re getting a great deal for your buck? How long will this amount last you?

How Many Joints Is An Eighth Of Weed?

A single gram is more than enough for rolling 2-3 joints, but it also depends on the potency.

An eighth of weed supply is enough for:

All of the above are just approximations.

The brave of you might even roll a whole eighth of weed in a single, HUGE, fat-ass party blunt.

Of course, that’s not if you’re a moderate recreational pot user but if you smoke flower regularly and want to share the weed.

In my opinion, an eighth can perfectly suit 2-4 people for that blessed weekend-high vibe ride.

In short, an eighth isn’t much.

But how come this has turned into one of the contemporary standard measurements for ganja?

It’s super convenient to buy weed in this amount. This way, you can mix and explore different strains instead of spending most of your budget on a single strain.

An eighth of OG Kush will look different in size than, for instance, an eighth of Strawberry Cough.

This is entirely normal, and you’re not being scammed. Each weed strain has a different density and varying cannabinoid concentrations.

You’ll quickly notice the differences when you hold the cannabis flower (or look at it). Some strains are much fluffier in shape. Meanwhile, others are much more tightly packed.

The best way to know that you’re getting a real deal for your money?  Always opt for quality strains.

Sure, they may be pricier. Yet nothing can outperform top-quality, so it’s worth the extra dollars spent.

Wrapping Up: How Much Is An Eighth

What are you waiting for?

Pass that sweet eighth. I’m already half way through rolling my joint! 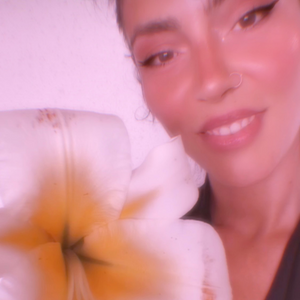 Milena (MJ) comes from a family of generational herbalists. Ganja is central to her mission to keep spreading knowledge about the incredible wisdom of the ancient cannabis plant through her love for writing. In her free time, you will probably find MJ dancing!