If you are like me, you like to smoke weed because it is all-natural. But, you may have noticed some scary headlines about weed laced with unnatural, chemical substances.

Chances are, you do not need to add this to your list of worries. Cases of laced marijuana are rare. Just keep reading to learn how to tell if weed is laced so you can make informed cannabis decisions.

How can you tell if your weed is laced?

The cold hard truth is you may not be able to tell if your weed is laced. That is why it is important to know where you get your marijuana and what it goes through to get to you.

Some substances will leave a residue behind that might look funny. If you see traces of powder, dust, or a sticky coating then it may have been laced.

However, novice consumers may have a hard time telling the difference between dank weed covered with trichomes, and laced weed that looks like it’s covered in powdered sugar.

Some types of substances change the smell of marijuana. If you smell harsh chemicals from your buds like laundry detergent or other chemicals that is another red flag to watch out for.

But again, to the untrained nose, the skunky, diesel smells of unadulterated cannabis flower may seem too pungent to be natural. That is why you can’t rely solely on your senses to avoid laced weed.

Besides, marijuana laced with certain substances leaves no observable trace behind. These substances leave no way to tell that they are there without a third-party lab test to check for them.

Legal marijuana bought from licensed dispensaries is usually tested by third-party labs. And they provide test results that confirm the purity of the products. Shopping only from licensed sources is one way to know that the weed you buy is not laced with any other substances.

If you are questioning whether or not you have laced weed then it is best to buy some new stuff. Trust your intuition and don’t take the risk.

What can weed be laced with?

There are a number of substances that weed can be laced with, some from chemical solvents to hard drugs.

Thankfully, instances of laced weed getting into the hands of unaware consumers isn’t common.

Drug dealers want to make a profit off of all the substances they can sell. So it is not good for their black-market business to lace marijuana with products they might be able to sell.

If someone wanted to sell laced weed they would most likely sell it at a markup to consumers who wanted that kind of product.

Opioids are widely available. Fentanyl and heroin are two different types that can get used to lace weed.

These are some of the most addictive drugs and pose serious health risks to anyone consuming them.

They tend to cause extreme relaxation and euphoria. But it comes with a slow heart rate, slowed breathing, and confusion. Fentanyl-laced marijuana is 50 times stronger than heroin and is extremely fatal.

Stimulants are also commonly used by those who want to lace cannabis. Cocaine, crack, and methamphetamine can all taint otherwise natural weed.

They increase the stimulation of the cocaine and the sedation of the weed at the same time. Cocaine-laced weed can be seriously dangerous as it affects your heart, lungs, and brain. This type of combination can make it hard to sleep and difficult to focus.

Some people prefer psychedelic drugs and may lace weed with LSD (acid), PCP (angel dust), or ketamine. These drugs are potent hallucinogenic. They are usually not addictive but the effects can be intense and last up to 12 hours.

Marijuana can also be laced with synthetic cannabinoids. These are substances like K2 or spice. Or, with by-products of delta-8.

But these alternative cannabinoids have not been studied for extensive use in humans and may come with some risks and side effects we don’t know about yet.

And there is lacking regulation when it comes to production processes. They may be produced with the help of a harsh chemical solvent that has negative health effects.

And if that isn’t enough different substances already, weed can be laced with straight up contaminants. Ones like crushed glass, laundry detergent, food coloring, or even embalming fluid.

Laced weed can look different depending on what it is laced with.

A powdered substance can leave buds looking like they are covered with powdered sugar. But a chemical mix like embalming fluid might make weed look wet and sticky.

It is important not to rely on just the looks of your buds. As we mentioned above, there may be no visible clues left behind by certain contaminants. Laced weed might look like award-winning cannabis but it can still be dangerous.

If you want to know if some of your weed is laced you can try out a drug testing kit. This makes it possible to see if you have weed laced with something like hard drugs. Some independent labs may offer contaminant testing as well.

Can marijuana edibles be laced?

Yes, edibles can definitely be laced, just like pre-ground weed. In fact, according to the BBC a woman in the UK died after eating a gummy made from synthetic cannabinoids in April of 2022.

This horrific scenario is not common, but it is a scary reminder of how contaminants can end up in any product. Even ones that are as friendly as a little sugary gummy.

Edibles can be laced during the cooking process. Or they can be laced after they are made with substances in powder or liquid form.

Laced edibles are just as hard to identify as laced marijuana. If you experience any laced weed symptoms like hallucinations, agitation or aggression, or shallow breathing seek medical assistance.

Symptoms and side effects of laced weed

The symptoms of smoking laced weed will depend mostly on what type of substances was in your bud.

Cannabis with a high THC content may cause more anxiety and paranoia than expected by some people. If you are not used to being high and you smoked more than usual then you may just be experiencing extreme effects due to the THC.

You may even be greening out. If this is the case, your symptoms are normal and will pass with some time.

If you are experiencing anything outside of additional paranoia or anxiety then you may have smoked laced weed. For any abnormal symptoms like chest pain, passing out, slurred speech, agitation, aggression, or hallucinations you should seek medical attention as soon as possible.

Don’t smoke any more of the weed that might be laced. Throw it away and get some fresh stuff.

Side effects that are the most concerning are the ones that are usually associated with opioid use. The World Health Organization has clarified three symptoms that signal an opioid overdose. They are:

If you notice these symptoms in yourself or anyone else after smoking cannabis call emergency medical professionals right away.

It is rare for cannabis use to create visual and auditory hallucinations. If you only consume cannabis and experience a hallucination then you may have consumed laced weed.

If not, experiencing hallucinations with cannabis may suggest an underlying risk of psychosis. It may be wise to discuss this with a health care professional and seek alternatives to cannabis use.

Why do people lace weed?

There are a variety of different personal reasons that can explain why people lace weed.

Lacing weed with an additional stimulant like methamphetamine can cause an expensive addiction. Once addicted they may seek out more and more from the drug dealer who gave them the laced weed in the first place.

Another reason someone might decide to lace weed is to make up for poor quality. If a person wants to sell marijuana that is not potent they may need to add other substances to make it more effective.

The problem with this is that the chemicals used to lace the weed will cause side effects that are not usually experienced with marijuana. They can be dangerous, especially when used unknowingly.

Marijuana is not associated with overdoses, but the drugs used to lace marijuana are. So it is easy for someone who is comfortable with marijuana to consume too much and overdose on opioids or other substances they didn’t know they were taking.

People who are already addicted to other drugs may like to mix them with cannabis to soften the side effects and come down they get from their drug of choice.

Always consume cannabis mindfully and be aware of the risks. Laced weed can cause serious symptoms that need medical attention.

The best way to avoid laced weed is to grow your own cannabis.

But I get it, cultivating big and beautiful weed at home isn’t an option for everyone.

The most common way to avoid laced weed is to get your medical marijuana card. This way you can buy lab-tested cannabis you know is regulated and safe. 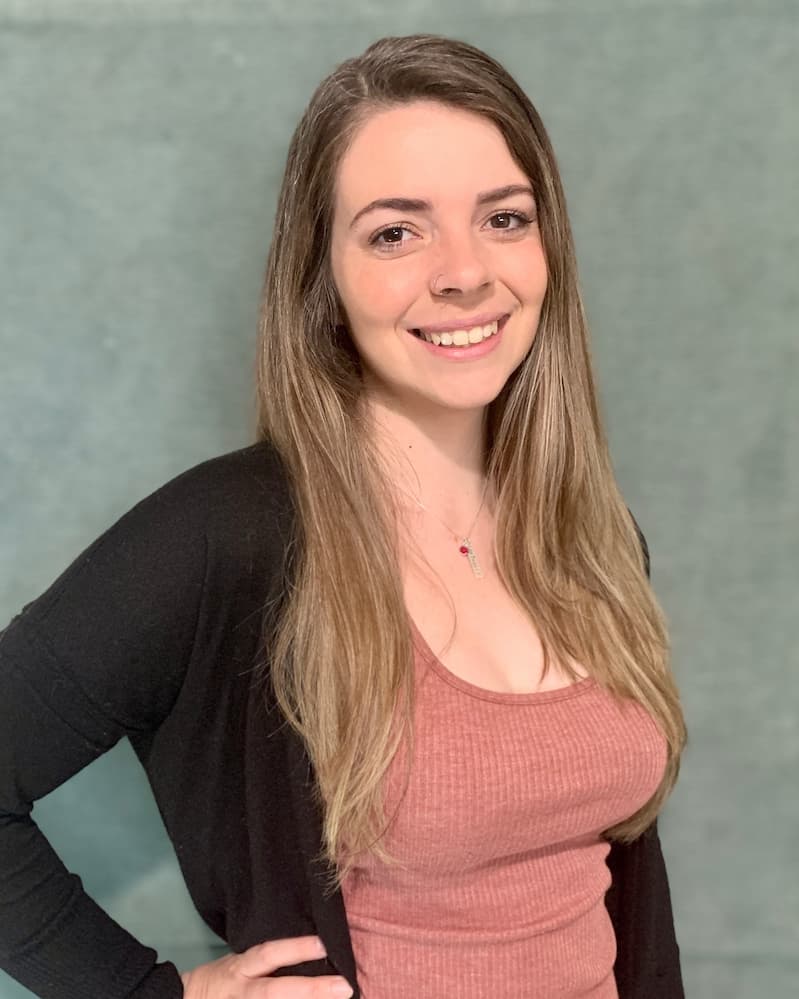 Rachel Rowe is a freelance writer who specializes in cannabis, travel, and food writing. She has an educational background in small business management and entrepreneurship and loves to help small businesses find their voice.

Native to Northern California and an MMJ patient, she appreciates the potential cannabis has to positively impact local economies and improve quality of life. She is an advocate for cannabis education so that people around the world can see the benefits as well.

Rachel spends her free time hosting family dinner parties and getting outside.