Cannabis has been used for millennia and has more recently been grouped as two different ‘categories’, pinned up against each other for their benefits – indica vs sativa.

Due to the natural evolution of cannabis across time, no current strain is likely a pure landrace strain. Instead, all are in some way associated with each other through breeding and plant genetics.

Either way, the discussion around the benefits of the Indica and sativa groupings is still up for debate.

One thing is for sure regardless of type, cannabis contains both THC and CBD, along with a host of other cannabinoids. Although the precise amounts of these constituents will change from strain to strain, and some will contain increased quantities of minor cannabinoids at the expense of THC and CBD.

So what are sativa and indica?

Strains are classified as Indica and sativa due to the rough similarities in the effects each group has.

These groups are often thought to help influence what effect particular cannabis strains will have on a person, and these categorisations typically affect the choices experienced users make when determining which product to buy.

Generally, this is when people are in search of a particular effect over specific strains per se, although as we will discover later, there is much more to the impact felt from cannabinoids than just if the strain is a sativa, indica or hybrid…Whatever!

Sensimilla - what is it and why does it matter?

First things first, let’s iron out some basics: Cannabis has both female and male varieties across strains.

However, in commercial operations, male cannabis plants are disliked due to their inability to produce high amounts of flower, which the female produces in spades.

Commercial growers are often looking to grow particular strains, with a specific profile in line with customer demand.

Strains are only kept ‘pure’ in situations where when they are grown without male plants, avoiding any genetical diversity which might alter the chemical make up on the plant.

These primary components: terpenes, cannabinoids, flavonoids would change in quantity and type at the mercy of nature.

When female cannabis plants are grown in the absence of males, they are called sensimilla.

Sensimilla is preferred by both grow operators and consumers alike as it has three notable advantages.

Most types of cannabis flower sold today (also commonly known as skunk weed) are sensimilla. When you check in with someone who has been using marijuana for multiple generations, they will often comment weed used to have seeds and stems in it, whereas now it’s just flower. This is a direct result of commercial breeding practices focusing on female buds exclusively.

Who knew there was a science behind those trichome rich buds eh?

What is Cannabis Indica? 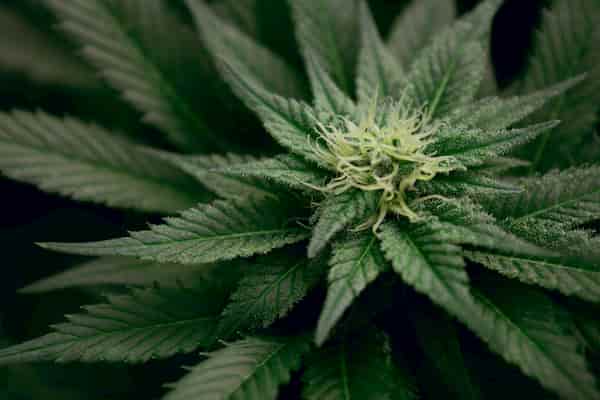 Cannabis Indica is one of the two primary types of cannabis categories. Indica plants are famous for their more body-focused effects.

The typical picture of a stoner, lying comatose in front of a TV, is probably related initially to one of many indica strains.

Indica cannabis is thought to originate from Central Asia and the subcontinent, and are found abundantly in the Afghan and Indian mountain regions.

What are the properties of Cannabis Indica?

Indica plants have some common characteristics, which make identifying them relatively easy to the trained eye.

Indica strains have a couple of common benefits:

How is Cannabis Sativa Different? 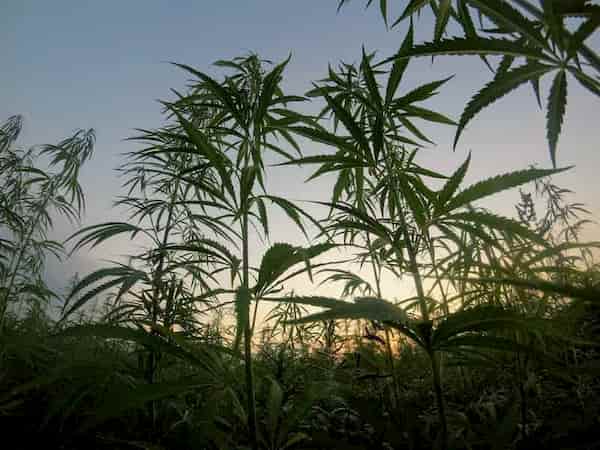 The distinct difference between Sativa and Indica is that sativas are energy drivers, associated with cerebral head highs, and less of a body heavy effect.

These strains originate from hot climates with short seasons, such as Central America and Southeast Asia. Sativa genetic markers are identifiable through several key characteristics:

Sativa plants are more useful during day time, with less drowsiness and more of an energetic high.

Sativa vs Indica vs Hybrid

In nature, plants breed as they please and there is no discussion of indica vs sativa to be had!

As we mentioned before, landrace strains are thought to be all accounted for. Instead, all strains can be likely considered a slight hybrid of indica sativa in some form, but some are much more weighted to one over the other and are thus classified as one instead of a hybrid of both.

Crossbreeding results in commonalties from both strains. This includes the way the plant grows and the effects it produces once harvested.

This has been on-going for thousands of years, leading to hybrid strains, which have now been bred with other hybrid strains on multiple occasions.

Hybrids can be roughly grouped as follows: 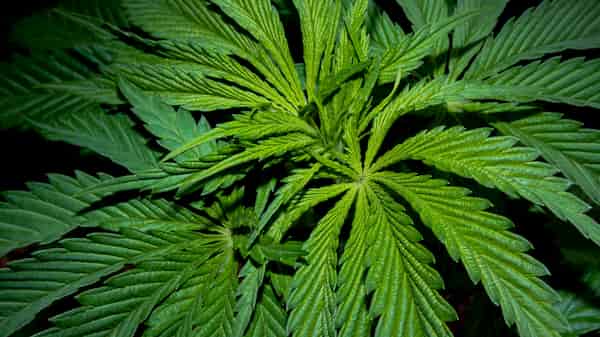 Hemp is a subspecies of sativa, while marijuana strains can be either sativa or indica.

In respect to CBD, you might notice some brands label certain products as indica, and the related packaging usually suggests the product has soothing or sleep-inducing properties.

CBD in Europe is derived from hemp, and consequently, it’s always sativa.

However, there is a lot of confusion from consumers, searching for indica based CBD products, usually due to seeing indica on an incorrectly labelled CBD product.

There is a distinction to be made for CBD sold in Europe vs the States: In the US, CBD can originate from marijuana (indica or sativa) or hemp (sativa). Although, it is almost always extracted from hemp due to the economics and illegality (across many US states) of CBD extraction from marijuana.

While CBD originates from hemp and is a sativa, it doesn’t necessarily mean the CBD you buy is going to be stimulating. Labelling a CBD product as indica and sativa in misleading, as we noted earlier hemp is always sativa.

CBD can have different effects on different people, and some of this variability could be attributed to the exact plant the CBD is extracted from along with the dose taken.

In particular, plant metabolites called terpenes are thought to play a part in determining the effects of cannabinoids like CBD.
So what are terpenes?

Why are terpenes important?

Essential oils in the cannabis plant called terpenes act synergistically with cannabinoids. There are over 200 terpenes found in cannabis plants, including in both indica and sativa strains.

You might find it surprising that terpenes are also found in your fridge if you have any citrus fruit or mint in there that specific aroma is all driven by terpenes! They are everywhere in nature with us, and affect us without us even knowing they existed until you read up on the topic!

As a result, products containing multiple cannabinoids and a full terpene profile, such broad spectrum and full spectrum products, are favoured by the CBD community.

For example, two of the most common terpenes are pinene and myrcene:

Depending on the exact product content and mix of terpenes, products are thought to have different effects associated with the usual classification taking by indica or sativa groupings.

In theory, if you can group certain terpenes with cannabinoids, you can control the effects to a certain extent. Promoting wakefulness or sleep through the manipulation of terpenoids.

Indica and Sativa is less important

People frequently find CBD lightly stimulating in small doses. Still, other factors including depending on the time it is taken, total cannabinoid and terpene content, are thought to cause different effects.

The environment is a pivotal factor in determining the physical characteristics of the hemp plants which are harvested for CBD. Some may naturally be higher in certain cannabinoids or essential oils over others, and this can adjust the effect felt when using CBD.

These effects are thought to be determined by the cannabinoid makeup in addition to terpenes, which are believed to be more important than initially realised by researchers — together giving a more rounded picture of why strains differ in therapeutic value than their indica sativa categorisation.

Thus, all in all, consumers should look at the cannabinoid and terpene make up over the so-called sativa or indica versions of CBD products.

This applies in particular to Cannabidiol as CBD products sold in Europe which are genuinely from indica cannabis plants are illegal, in the EU CBD can only legally originate from hemp when sold as a food supplement.

More likely, is that the terpene profile mirrors that of an indica cannabis plant and thus is thought to have relaxing effects.

When buying CBD, If you are looking for benefits associated with specific cannabinoids outside of CBD, then look at the third party testing reports, and check if the cannabinoid potency report contains these compounds or not.

You can lose yourself in the indica sativa discussion for eternity. Still, it’s clear that in terms of effects, research suggests defining the benefits of cannabis as indica vs sativa strains is sub-optimal.

Instead, looking at the overall plant constitutes, and chemical composition is a more useful proxy for determining product usability for specific use cases.

More research about the ways terpenes interact with cannabis is needed along with furthering our understanding of other components from marijuana outside of cannabinoids, which have been the primary focus of current research.

The menu of marijuana strains is forever going to grow as chemists and farms partner together to deliver innovation in the space, it’s also probable that this isn’t the last we have heard about in terms of indica and sativa strains!