As cannabis and CBD products become legalized in various places around the world, many companies are easing their policies when it comes to consuming marijuana.

However, your job still may request drug screening to ensure you meet company or federal standards. But did you know other cannabinoids may make you test positive?

One such cannabinoid is Delta-8 tetrahydrocannabinol (D8 THC). Although there isn’t a specific delta-8 THC drug test, you can still fail a workplace drug test if you consume delta-8 THC. If you want to learn why, keep reading as we dive into the question does delta 8 THC show up on a drug test below:

Your average drug test looks for THC metabolites via a urine test or in your hair, saliva, and blood.

These tests are unable to reliably distinguish between various cannabinoids like delta 8 THC and delta 9 THC. And both types of Tetrahydrocannabinol produce the same metabolites when processed by our bodies, potentially yielding a positive drug test result.

This applies to all forms of THC – of which there are multiple…Confusing, we agree!

If you consume a product containing any form of THC (e.g Tetrahydrocannabinol 7, 8, 9, or 10), this could result in you testing positive.

Whether consumers are smoking flower, vaping, or using edibles to medicate or for recreational use, it is essential to remember that delta-9 THC is a schedule 1 drug, and its use is restricted outside of select states for medicinal or recreational purposes.

Conversely, according to JDSPura, delta 8 THC falls under the remit of the 2018 farm bill when synthesized directly from Hemp as long as it’s not produced by converting another cannabinoid. Nonetheless, local laws, particularly at the state level may vary (for example delta 8 THC is explicitly banned in Rhode Island).

You’re probably already acquainted with Delta-9 THC, the cannabinoid most likely to elicit a psychotropic high from or cannabis plants (flower) and their derivatives.

Approximately 540 different chemicals have been found in the marijuana plant, with almost 150 cannabinoids identified. One of these cannabinoids is delta-8 THC, which is quickly going mainstream throughout cannabis culture.

According to an early study in the Journal of Clinical Pharmacology and Therapeutics, Delta-8 THC is a similar cannabinoid but with less intense intoxicating effects. In studies, the compound has been shown to work similarly to delta-9-THC to potentially relieve pain, stress and act as an anti-nauseant with a milder and less psychotropic high than typical Delta-9 THC.

It is for these reasons that delta-8 has become so popular in today’s cannabis market.

While it’s less intense, there is still an element of the traditional cannabis high if using Delta 8 THC.

Because like delta-9, the molecules bind to our body’s cannabinoid receptors. These receptors exist throughout our bodies.

Once delta-8 THC is consumed and interacts with the receptors, downstream effects occur.

In research settings, this has included pain and inflammation reduction following eye burns in mice by activating CB1 receptors. An early study on children undergoing chemotherapy had reduction in vomiting with the administration of delta-8 THC, which also needs further follow-up. There is a notable paucity in the medical literature at this point to determine any clear effects of delta-8 THC. What is also unknown are the long-term health effects of any cannabinoids, including delta-8-THC.

Interestingly, delta- 8 must be specially extracted or synthesized due to the low volumes found within the cannabis and hemp plant. It is only because of new extraction, growing, and processing methods that we can produce delta-8 products en masse.

Overall, we are in the very early stages of the novel cannabinoid revolution. As the popularity of delta-8 and other minor cannabinoids increases, more research will be conducted to determine what other benefits delta-8 THC and other related compounds may have.

Delta-9, which is more commonly known as THC, is the main component of cannabis that provides people with a high feeling. Like delta-8 THC, D9 products have many reported and studied benefits, such as pain relief and reducing opiate use while improving quality of life.

Outside of this, other research documents the use of Delta-9 THC to control nausea and vomiting, increase appetite, and help chronic pain and spasticity.

The primary difference between delta-8 and delta-9 THC lies within its molecular structure.

These THC molecules have double bonds (represented by the “delta”) containing more electrons, allowing these isomers to interact differently with our endocannabinoid system.

For instance, the “8” in delta-8 represents where the double bonds are on the carbon chain.

Once the endocannabinoid system connects or forms a bond with either cannabinoid, this creates a reaction downstream.

Another main difference between these two versions of THC is that delta-9 attaches readily to our CB1 receptors found in higher quantities in our bodies, specifically the brain and spinal cord.

Similarly, delta-8 attaches itself to CB1 receptors, which helps explain its mechanism to reduce certain types of pain and inflammation in a new mice study.

How A Drug Test Works

So why would Delta 8 THC show up on a drug test?

As previously mentioned, marijuana drug tests seek out the Tetrahydrocannabinol metabolites produced by your body when consuming cannabis products. These THC drug tests search for the marijuana metabolite, THC-COOH.

When THC metabolizes, whether it’s delta-8 or delta-9, very similar forms of THC-COOH result (Delta 8 -THC-COOH vs Delta 9 -THC-COOH). These molecules store in our adipose (fat cells) tissues, which is the reason it stays in your system for an extended period.

These THC by-products are in your blood, urine, hair, saliva, and sweat. For instance, if you are doing a saliva test, they will use a swab to determine whether THC metabolites are in your system.

The tests most often used are urine tests called enzyme immunoassay (EIA) or dipstick test. You only need a result of 50ng/ml of delta-8 metabolites to cross-react via a urine test (formally phrased as cross-reactivity) and then test positive on such a drug screening. A follow-up, confirmatory test using LC-MS technology may be as sensitive as 15ng/mL.

Other tests they may perform are blood tests, follicular (hair) tests, or even perform a sweat analysis.

Will Delta 8 THC Show Up on Drug Testing?

Yes, cannabis consumers, even if you are only consuming delta-8 THC products, you will most likely yield a positive result.

While there is no such thing as an explicit delta 8 THC drug test, you can fail a drug test that encompasses all forms of THC by using delta 8 THC.

This result is because both delta-8 and delta-9 THC will break down into nearly identical metabolites of THC. These trace amounts will very likely show up on urine drug tests, as well as other cannabinoids such as CBD if you are using it in conjunction with delta-8 THC.

The fact that delta-8 is also detected is due to the phenomenon called “cross-reactivity,” where compounds with chemical similarities will trigger a positive result.

The only way to dispute a possible “false positive” result on a dipstick test is by performing further analysis. However, LC-MS technology can still detect delta-8 metabolites.

How Long Does Delta-8 Stay in Your System?

Delta-8 THC will remain in your system for various lengths of time, depending on the type of drug test performed.

According to a review of THC metabolites, THC-COOH lasts in blood for 10-20 hours, depending on the route and other factors. In saliva, a swab test will detect Tetrahydrocannabinol metabolites for up to 48 hours.

When it comes to hair testing, THC stays in your system for around 90 days, and in your urine, it will linger anywhere between 3 to 48 days or more, depending on body adiposity and consumption preferences.

As a result, regardless of if you’re using Delta 8 THC or D9, the time traces stay in your system is likely about the same as they are processed similarly.

The exact period of time all depends on how many products you consume, what form of marijuana plant you are using (e.g if it is solely hemp-derived CBD products or marijuana flower), and whether you are flushing your system by drinking more water and regularly exercising.

Overall, If you use delta-8 made from hemp, even just once a month, it will still likely yield a positive result as, in most cases, the drug tests will detect the metabolites even in the smallest concentrations.

How Can I Pass A THC Drug Test?

As consumers, the best way to pass a drug test is to abstain from using cannabis products altogether.

Any form of THC consumption can lead to testing positive.

If you know you will be tested, stop using cannabis for at least eight weeks before the test, or you will likely fail a drug test. You can track your progress by testing yourself at home over time, although nothing can be guaranteed.

Be sure to get plenty of rest, water, and exercise as Tetrahydrocannabinol metabolites attach to our adipose (or fat) cells in the human body. Regular exercise will help reduce these but cannot be depended on to remove them in their entirety.

Your best bet is to stop using cannabis in any form, including CBD, as it may contain up to 0.3% THC, which through regular use could also create a false positive.

Also, be wary of what Hemp or THC products you are consuming and ensure you are purchasing products through a reputable manufacturer, where you can cross-check third-party test results.

If you’re subjected to a regular cannabis drug test, the ideal scenario is to completely avoid cannabis and anything that could trigger a false positive via cross-contamination.

Unfortunately, this includes Delta-8 THC products along with D9 THC and full-spectrum CBD.

Now, if you have a warning of 8-12 weeks, you can try to abstain before being tested. But, if you cannot fathom doing that, you may need to find a new gig!

I know it’s not what you want to hear, but we’re here to talk science and not hearsay. Always consume any cannabis product at your own risk. 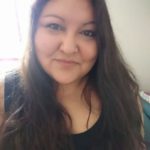 Jennifer Jenka is an ex cannabis concierge turned writer, having previously worked in a medical dispensary in Canada’s Maritimes region. When she’s not writing about cannabis, you’ll likely find her reading a fantasy novel.