How to make CBD oil at home

Using a CBD oil or spray is the most popular way to use cannabidiol in the UK, and rightly so, sublingual absorption is the second most efficient, after vaping.

While you can’t recreate the process used to make CBD oil at a hemp farm you can use CBD flower or concentrates like crumble and DIY.

This method is popular for people who already vape CBD in its purest form and thus get a 2 in 1 use out of the same purchase.

If your interested in learning how to make CBD oil this way keep reading!

What you are going to need

A CBD concentrate or CBD flower: We prefer a distillate or crumble due to the versatility.

A base Oil: We prefer organic MCT oil fractionated from coconuts for the highest bioavailability and neutral taste profile.

However, you can use any you like, popular options include hemp seed oil, olive oil and avocado oil.

Bottles with spray caps or pipettes, ideally with a milliliter calibrated syringe for easy dosing.

Some optional additions: While we like our CBD oils to contain no additives, you might want to add something. Friendly additions include terpenes or essential oils. 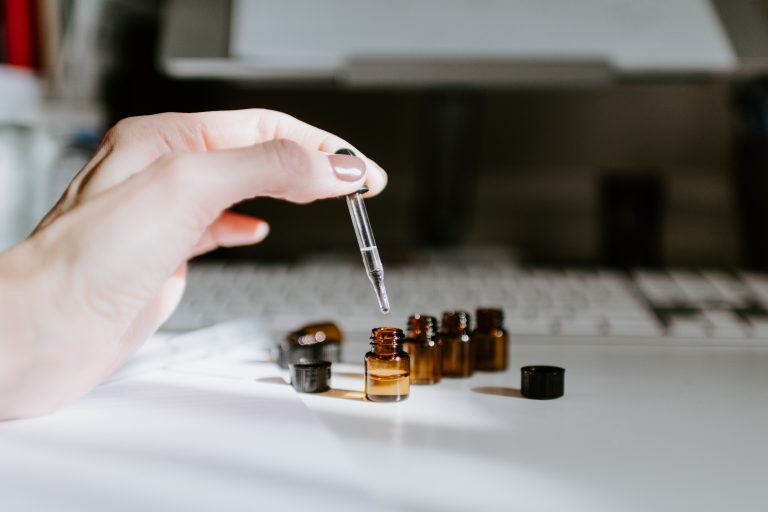 Establish what type of concentrate you would like to use and ensure it is already decarboylated (all the below except CBD flowers are). Ranging from a wide variety of options, but the most popular are:

CBD Flowers are cuttings of the hemp flower which have been cured. These can be ground down used in an oil after they have been decarbed, find out more about the decarb process via our post on cooking with CBD.

CBD Paste is often full-spectrum (containing a range of cannabinoids including trace amounts of THC) and between 40% – 60% CBD. It has a strong flavour as the concentrate frequently contains chlorophyll while maintaining a profile rich in terpenoids, flavonoids and cannabinoids.

Hemp Extract is either broad or full spectrum depending on the extraction process and contains 50% – 70% CBD on average. The extract is frequently refined to remove chlorophyll while maintaining full spectrum cannabinoid content.

CBD Isolate contains 99.9+ Isolate and nothing else. Popular in the US in sublingual oils due to its lack of taste, lacks a fuller cannabinoid profile.

CBD Distillate can contain 90%+ CBD and is often broad spectrum. CBD distillate is versatile enough to be vaped directly in vape pens, added to food or creams and used in premium CBD oils like Nature & Bloom. In the US it is especially prevalent in 510 cartridge vape pens, often mixed with terpenes.

Once you have figured out which concentrate on using, the next step is to review its related potency. Followed by measuring out an appropriate amount for use with a scale which can measure in atleast 0.01g increments.

Add the concentrate to a 10ml bottle and mix with a base oil.

Shake up the bottle.

Give the bottle a semi immersed bath for 5-10 mins, with the lid sticking out in warm water to mix the concentrate up.

Leave to sit and cool.

Shake well before use and that’s it, you have a DIY CBD Oil!

PrevPreviousCBD Oil and Autism Spectrum Disorder: A roundup of research studies
NextHow much CBD should i vape?Next