What Is the Endocannabinoid System, and Why Does It Matter?

When CBD first started to make itself known in popular culture, many people had one question on their minds – does CBD really work?

Whereas studies are still ongoing in regards to the potential benefits of CBD, many of the findings have been positive, so the question has shifted a little to – how does CBD work?

The answer lies in the endocannabinoid system (ECS) – a part of the human body that you may well never have heard of.

So what does it do?

The Endocannabinoid System Regulates Other Systems

As we’re sure you’re aware, the human body is a complex network of systems, for example:

These systems also interact with each other, together making up the single, complicated system that is the human body.

The endocannabinoid system is another of our internal systems.

However, it differs from these other systems because it works to help balance them all, to promote a state of natural, healthy well-being known as homeostasis.

So how does it do this?

The easiest way to understand the endocannabinoid system is to think of it as a series of locks and keys.

The locks are our cannabinoid receptors, found all over the human body.

When a cannabinoid binds with a cannabinoid receptor, it stimulates a response. These responses vary dependent on the cannabinoid itself and its ability to bind with the receptor.

This in turn activates a certain response within the body’s other systems, helping to promote homeostasis.

CB1 receptors  Concentrated in the central nervous system, encompassing the brain and nerves in the spinal cord. Also found around peripheral organs and tissues such as the spleen, white blood cells, and parts of the gastrointestinal and urinary tracts. Research suggests CB1 receptor activity helps to regulate memory, sleep, appetite, and chronic pain.

CB2 receptors: Mainly found in nerves within the peripheral nervous system, including the gut and immune system and concentrated in white blood cells, the tonsils and the spleen. CB2 receptors are thought to be more closely linked to anti-inflammatory effects and immune response once activated.

Some scientists have also theorised the existence of a third cannabinoid receptor, but this is thus far unproven. 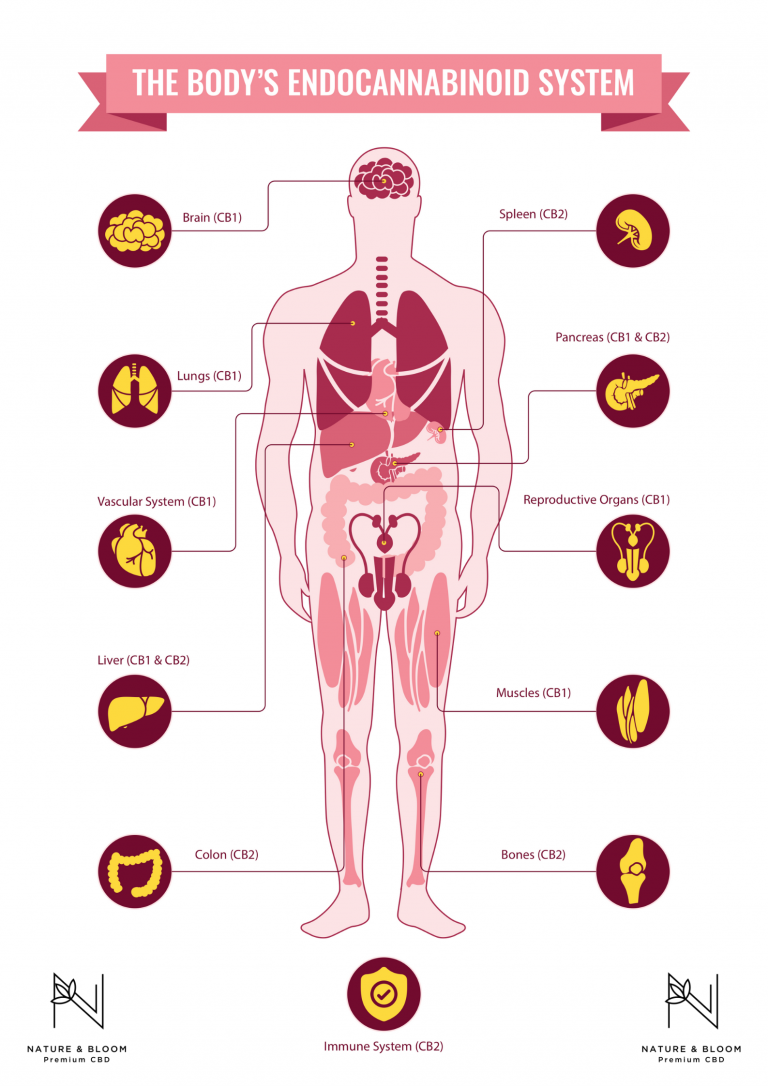 When Was The Endocannabinoid System Discovered?

This is a fair question.

You would assume such an integral part of the human body had been known for a long time, but this is not the case.

The legality around cannabis and hemp is a big reason for this.

Whereas mankind has had a close relationship with cannabis and hemp for millennia, prohibition in the last several decades stifled research and made it near impossible in most countries for a long time. 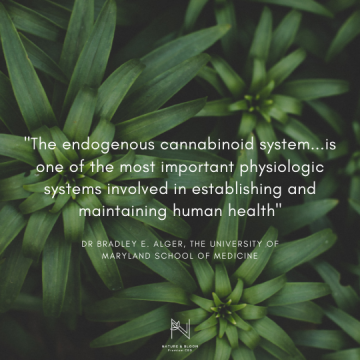 You might be surprised that the first cannabinoid receptor was discovered in a rat in 1988, and it was only in 1990 when science truly began to understand the endocannabinoid system.

This is the year when it was first discovered by the Institute of Medicine, National Academy of Science, that CB receptors are present in most areas of the body. They found that the highest concentrations are present in our organs, central nervous system and immune cells.

It was also originally thought that the endocannabinoid system existed only in mammals, today is widely accepted this complex system is found across in nearly all animals; evolving within our anatomy over 600 million years ago.

As a consequence, this network is deeply connected to a variety of physiological and neurological functions within the body.

In many ways, science is now playing catch up, and when this is combined with the huge public interest in CBD, new discoveries are likely to come thick and fast. 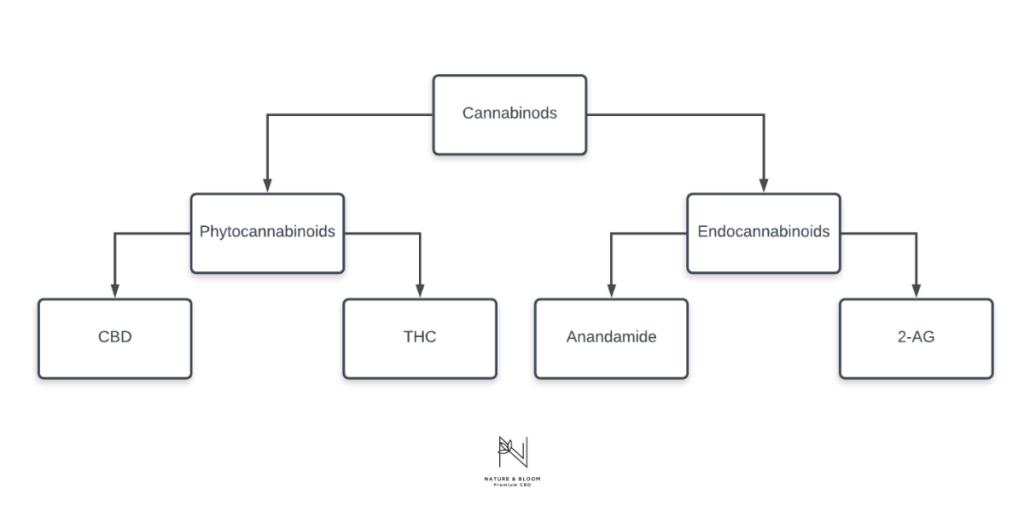 Cannabinoids are compounds which originate from cannabis (hemp or marijuana) or are produced naturally in humans and animals. They can be split into two depending on the source:

(1) Phyto-cannabinoids (pCBs), where “phyto” means plant. Chemicals produced by cannabis and to a certain extent, other plants. Examples include CBD and THC, although over 100+ exist.

(2) Endo-cannabinoids (eCBs), where “endo” is short for endogenous, meaning internal. eCBs are naturally occurring compounds found in nearly any living animal (with a vertebrate) via a network of neurons and receptors now known as the endocannabinoid system.

Cannabinoids act on the same receptors regardless of source, hence pCBs can partially mimic eCBs in action.

THC binds with the CB1 receptor like a lock and key, which is what causes its psychoactive effects.

On the other hand, CBD doesn’t fit, instead, it alters the shape of the receptor.

The lack of direct receptor connectivity is the core premise behind why CBD is thought to modulate the effects of THC, while promoting internal (endo) cannabinoid activity.

Endocannabinoids are keys of the ECS 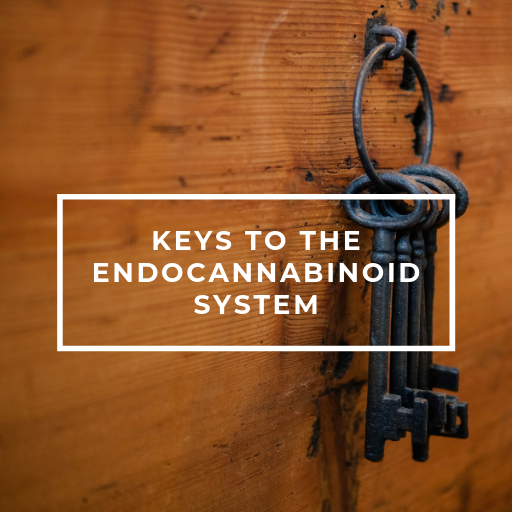 Briefly mentioned above, (endo)cannabinoids are the “keys” of the endocannabinoid system, and are found in differing ways in both the hemp plant and the human body.

The most common cannabinoid found internally in the human body, is called 2-AG, or 2-arachidonoylglycerol.

It’s main interaction with the endocannabinoid system involves helping to regulate immune response, including reducing inflammation and even our appetite

Another common cannabinoid found in the human body is anandamide, colloquially known as the “bliss molecule”.

This is responsible for the body’s “reward” feeling, experienced after for example, exercise or sex. 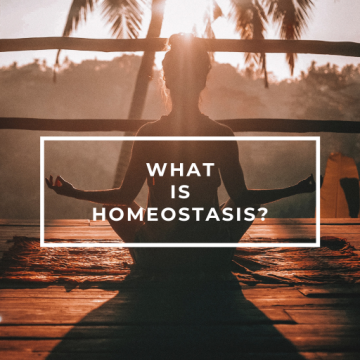 The official definition, according to the Oxford dictionary, is:

“the tendency towards a relatively stable equilibrium between interdependent elements, especially as maintained by physiological processes.”

In other words, homeostasis is the term for a perfect state of balanced health and well-being, characterised by the efficient and healthy running of the body’s internal systems, as well as optimal interactions between them.

You can think of homeostasis as an internal autopilot, overseeing interconnected functions and using negative feedback loops to adjust course where necessary to stay within defined parameters.

Crossing a pre-set threshold triggers a corrective action in terms of cooling you down or warming you up, influenced by the endocannabinoid system.

CBD is thought to maintain and promote homeostasis by increasing production of the body’s existing endocannabinoids, in particular,  anandamide, which acts on both the CB1 and CB2 receptors.

This is important because research suggests cannabinoid deficiency is potentially linked to an increase in the likelihood of:

Let’s take a closer look at how the endocannabinoid system interacts with individual other systems: 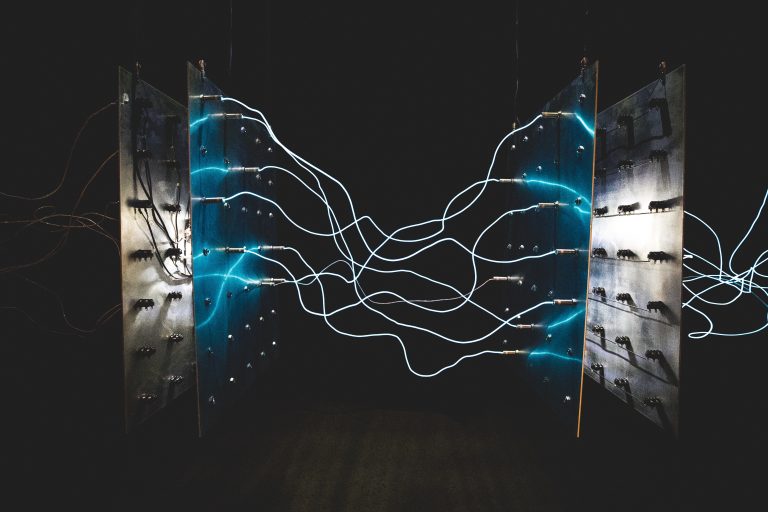 The central nervous system (CNS) is essentially the body’s internal messaging network, made up mostly of the brain, spinal cord and nerves.

In extreme circumstances (such as a panic attack), the central nervous system can become overstimulated, causing a fight or flight response which can lead to anxiety, shakes, sweating and more.

Receptors have been discovered within the heart’s muscular wall and are capable of stimulating blood vessel dilation which lowers blood pressure.

A 2008 issue of the Hypertension academic journal discussed the finding that the endocannabinoid system can even directly reduce the power of the heart’s contractions, having an even further effect on blood pressure.

These two factors are thought to be the reason behind a 2017 study concluding that a single dose of CBD is capable of lowering blood pressure. 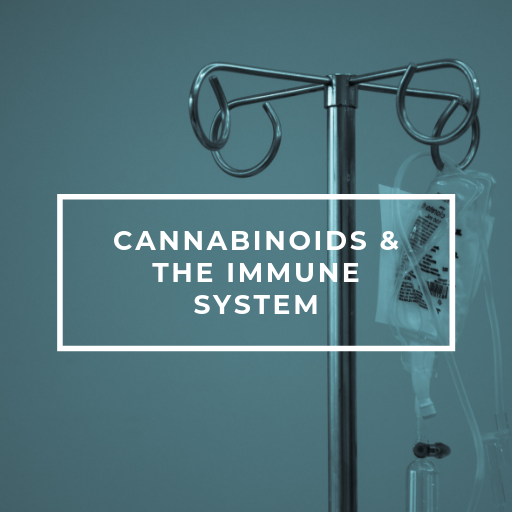 The ECS also, of course, shares a close connection with the immune system. This is partially due to the part it plays in regulating inflammation, but also as a regulatory aid.

An overactive immune system can actually attack our internal cells leading to other health issues.

The endocannabinoid system is responsible for regulating the immune system and preventing either situation from occurring.

This is perhaps the body system that is the most closely associated with the ECS, since immune cells both contain their own cannabinoid receptors, and are involved in the breaking down of surplus ones.

This is without even going into how CBD interacts with inflammation, which have been supported by numerous studies and are thought to be a result of the immune system-endocannabinoid system interactions.

While studies are ongoing and you should draw your own conclusions from the evidence we have, inflammation is thought to be behind a huge amount of health complaints, so this is a very positive development. 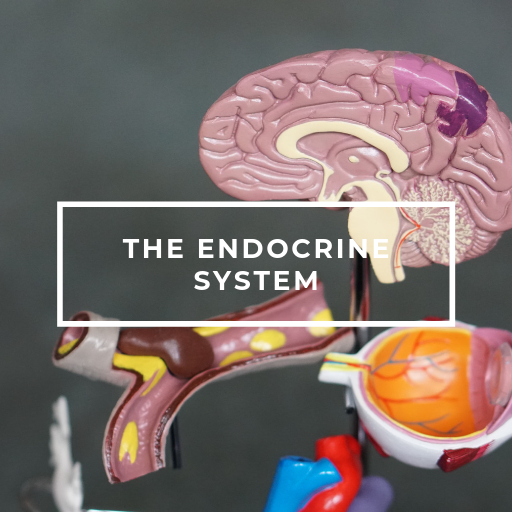 Examples of these interactions can be found in all internal systems, but perhaps the most interesting is the endocrine system.

Alongside the endocannabinoid system, this is likely one of the least well-known among the general public.

The endocrine system is a series of glands and organs which regulates blood sugar by applying certain hormones during different stages of the digestion process.

The endocrine system also plays a part in:

The endocannabinoid system regulates the endocrine system, and therefore has a direct impact on all of these things.

Studies have suggested a direct connection between the endocannabinoid system and the healthy regulation of stress, reproductive function, and even appetite, as a result. 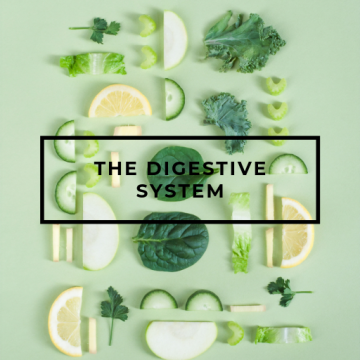 Can CBD increase your appetite or help you keep a meal schedule?

While further research is required, the results from studies are mixed.

Studies on anorexia have focused on either THC or a combination of both THC and CBD, and THC is already known to stimulate hunger. Nonetheless, the first kind of these clinical studies, analysing if CBD can regulate mealtimes is expected to begin in 2021.

However, It has been suggested, although not proven, that endocannabinoids can both facilitate nutritional restoration and exert antidepressive effects.

Endocannabinoid receptors can be found throughout the entire digestive system, and the interactions between the endocannabinoid system and the endocrine system are thought to have a direct impact on appetite and metabolism too.

Currently, it’s not yet clear if CBD alone can help increase appetite like THC.

As a content writer, Paul enjoys learning about and sharing the benefits of wellness. Outside of work, you can find him trying his hand at extreme sports and screaming at Cardiff City FC.

PrevPreviousCBD Oil Benefits: How Does it Work? Uses, Doses, Methods & More
NextWhat is CBD Oil? Every Question You Wondered About – Answered!Next